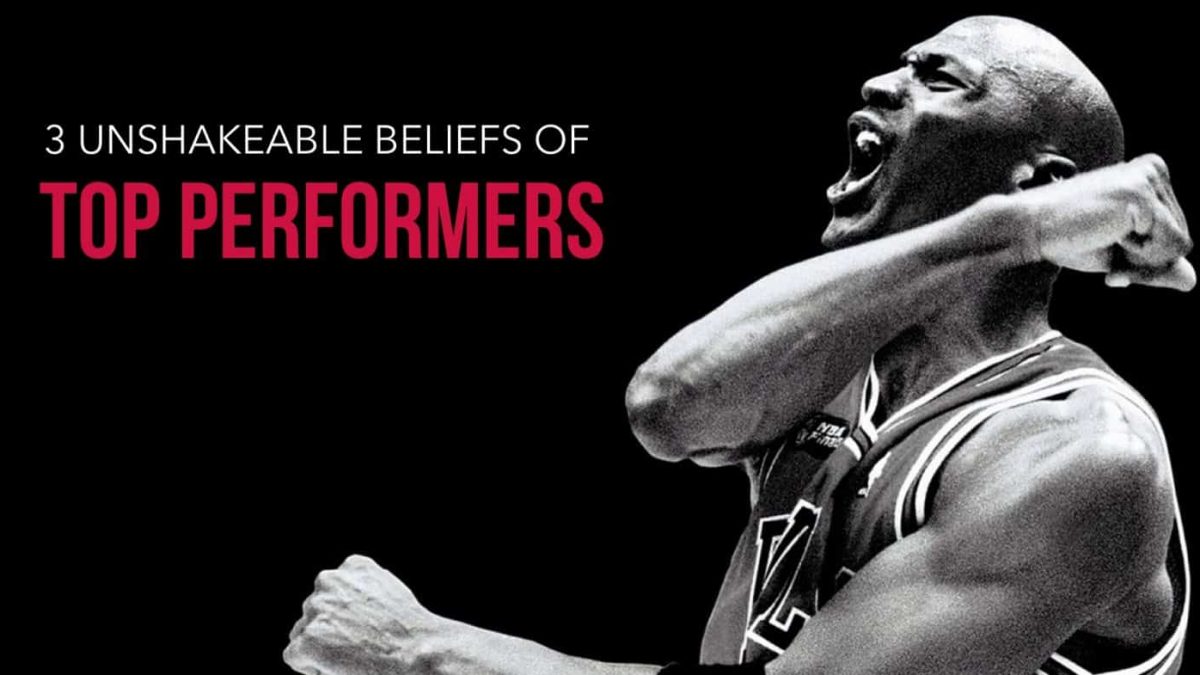 Success begins first in the mind. Top performers work on their mind more than their body, job, or career. Right thinking is the genesis of success.

Michael Jordan is arguably the greatest basketball player… ever. How does a kid who gets cut from his junior varsity basketball team win six NBA Championships? Read for yourself:

“I’ve missed more than 9000 shots in my career. I’ve lost almost 300 games. 26 times I’ve been trusted to take the game winning shot and missed. I’ve failed over and over and over again in my life. And that is why I succeed.” – Michael Jordan

Training and development drive improvement, of course, but one of the most significant differentiators between the top 10% of salespeople and all the rest comes from within, from what they believe about themselves.

Over years of training and sales force development, experience has taught me that top salespeople consistently believe three things about themselves and their performance even in the face of defeat:

1. Top performers believe they are going to succeed.
It’s never a question of if for the best sales rep, it’s a question of how. Top reps believe that success is out there, and they will find the path to it—or, if need be, they will make that path. Either way, they believe that they will. They know that success is the result of daily rituals – regardless of how tedious or hard they may be. Their belief drives them through the tedium and propels them into the elite class of the “successful.”

2. Top performers believe they are best when they stick to their strengths.
The best salespeople don’t spend one second more on data entry or market research than they absolutely must, because they know that’s not where they will see the best return on their time. Instead, they focus on selling, and let others handle supporting tasks.

Sylvester Stallone quips that he auditioned for the role of Han Solo in Star Wars back in 1975-76. He (along with George Lucas) quickly realized he was not meant for a space movie. He laughs about it now, but uses it as a teaching tool to stick to what you do best. He’s an action movie star. He doesn’t have a “face that looks good in space”.

3. Top performers believe that their talent must be nurtured to sustain long-term success.
The top 10% value the talent that helps them achieve, but they also know that they can’t hope to ride out that talent for very long on its own. Talent must be cultivated, nurtured, and challenged regularly. Without conscious development, they know it grows cold.

One of my favorite personal development people of all time is Jim Rohn. He says:

“You must take personal responsibility. You cannot change the circumstances, the seasons, or the wind, but you can change yourself. That is something you have charge of.”

No one succeeds every time, not even top performers. As he said himself, Michael Jordan failed a lot. He just learned from it and kept going. He believed that he would succeed… and that made all the difference. The same goes for salespeople.