Watch Out for This Tricky Sales Candidate 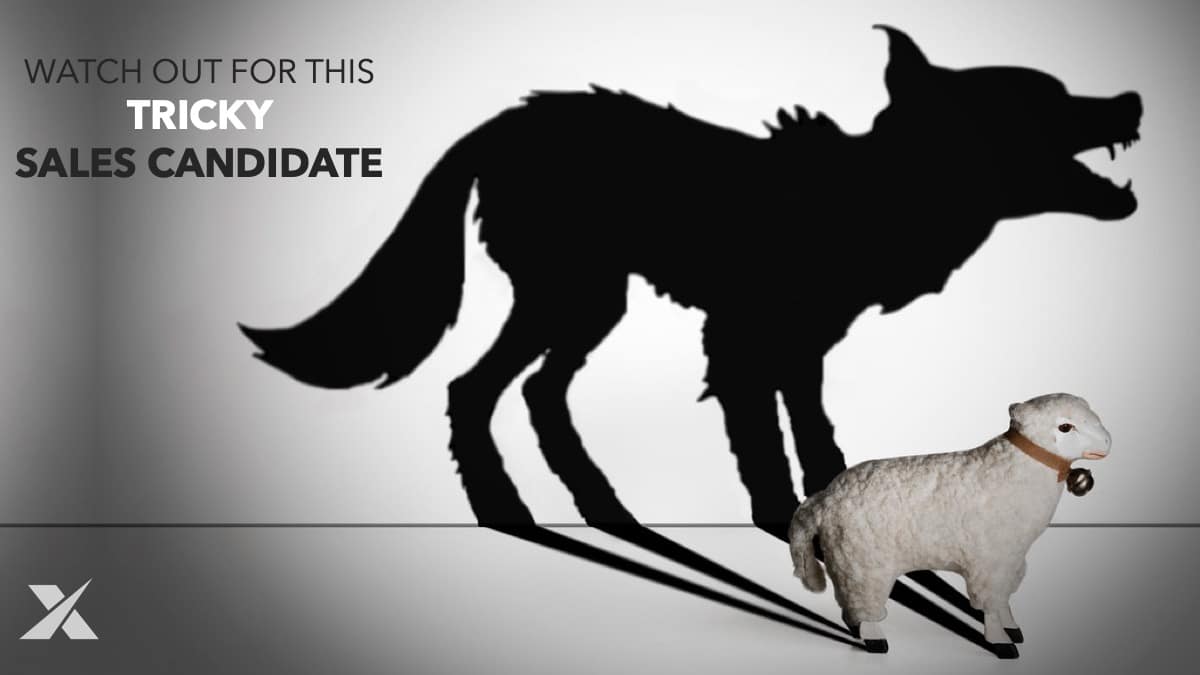 In this series of articles, I identify types of salespeople who fail to meet expectations. But they all have one thing in common: they interview well.

You struggle to hire good salespeople but experience frustration when they fail to meet their sales goals. Here is one example of why this happens…

The Tricky Sales Candidate (A Sheep in Wolf’s Clothing)

This salesperson exhibits a very aggressive and confident persona, which you see during the hiring and interview process. However, this salesperson internally fears conflict and rejection, which you don’t see until after they’re hired.

The Wolf (what you see)

This tricky sales candidate projects the façade of a fast-moving sales rep with a strong sense of urgency, who exhibits very assertive personality traits. During the interview, this candidate displays the type of tenacity any sales manager would love in a new business development, hunter-oriented salesperson. What you might perceive is a sales candidate who is fearless, loaded with self-confidence and will have no problems with lead generation, or handling objections, rejection or negotiations. They have the appearance of a wolf.

The Sheep (what you don’t see)

However, below the façade of their aggressive personality style, deeper characteristics prevent this sales candidate from achieving their quota. What our research shows is that this particular candidate overvalues relationships. That means they think, feel and perceive other people with a high level of personal sensitivity. In other words, they fear rejection and retreat when faced with conflict. They can’t handle being perceived as the “bad guy” when negotiating a deal. They are actually a sheep.

The Effect on Sales

So, you do not have what you thought was a fearless sales candidate who will prospect for new business and hold the line on price during negotiations. Instead, this tricky sales candidate is known for call avoidance, inadequate pipelines, and low sales. They wilt at the first hint of rejection and stop prospecting. As a result, they chase existing customers, warm relationships and struggle closing sales.

They are a contradiction because of their assertive exterior combined with a fragile interior. As a sales manager, this creates confusion for you because you can’t figure out why your new salesperson, who appears to have plenty of self-confidence, is afraid to cold call. It simply doesn’t make sense.

Frustration sets in and you terminate the sales rep. You now must hire their replacement while questioning your hiring process and your ability to evaluate candidates. You simply cannot afford to have another failure like this.

Using an in-depth sales assessment tool can help you uncover these hidden attributes that contributes to a sales rep’s failure – despite the fact they appeared to be the ideal candidate when they were hired.