7 Sales Mistakes To Avoid from a Painfully Awkward Video 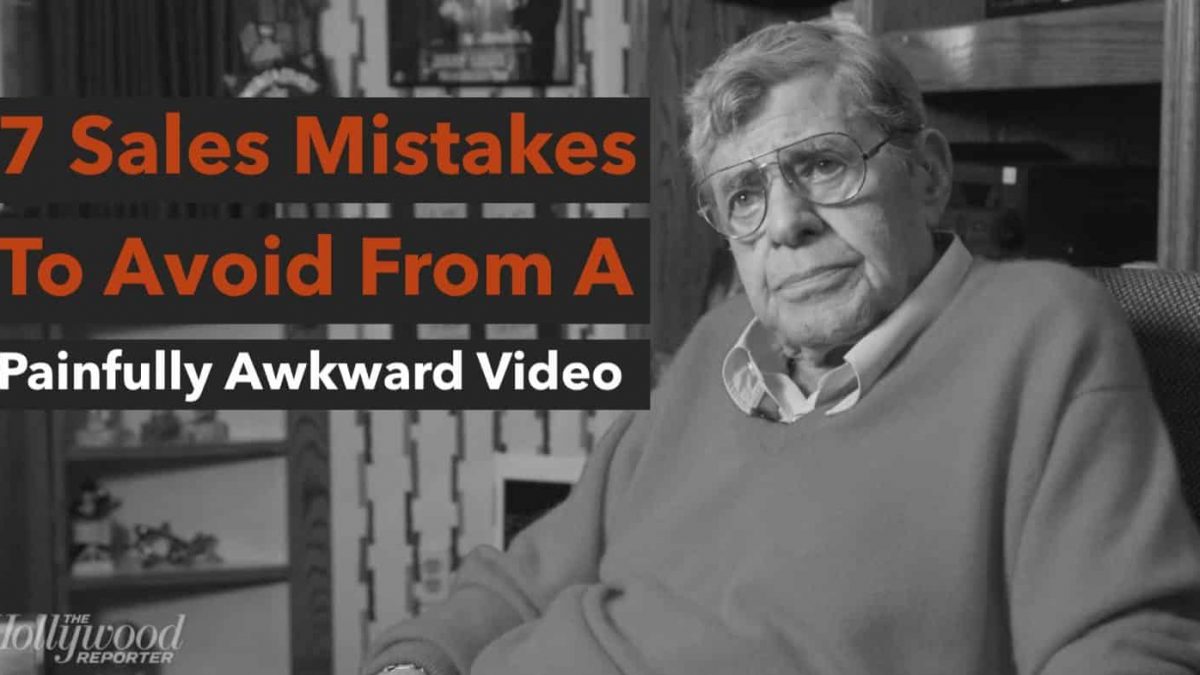 The late, great comedian, Jerry Lewis, sat for an interview in his 90’s with a staff member from The Hollywood Reporter. The interview is known as 7 Painfully Awkward Minutes with Jerry Lewis. Many people commenting on the interview blamed Jerry Lewis for the awkwardness. I didn’t see it that way. I believe the reason for Mr. Lewis’ short, clipped responses was due the lack of preparation and poor questioning skills on the part of the interviewer. As a sales trainer, I think the video could be revised for training entitled: 7 Sales Mistakes Unprepared Sales Reps Make When on a Sales Call.

(Watch the video below).

Yes, the interview is gut-wrenchingly painful to watch. (I recommend you play it during your weekly sales meeting as a “what not to do” training tool). Here are my seven observations from the video and how not to interview a prospect on a sales call.

Sales Mistake #4: Not prepared with questions for the appointment.
He rambled on when asking questions clearly indicating a lack of preparation. He didn’t do his job. The Producers didn’t do their job either because they failed to verify the interviewer’s questions (if there were any) prior to the interview. This is the Sales Manager’s job – check the questions and determine your sales rep’s preparedness to uncover the issues, objectives and perceived value of the buyer. Never go on a sales call without a solid list of well-crafted questions.

Sales Mistake #6: Failing to develop trust and rapport from the start.
If Mr. Lewis appeared irritable, he had every right to be. The interviewer started off poorly by not establishing trust and rapport. He also should have prepared Mr. Lewis with the objective of the interview and the types of questions he would ask. That may have been done prior to the interview, but a trust-building “pre-interview” would have been appropriate.

Sales Mistake #7: Weak delivery when asking questions.
The interviewer showed no confidence in his tone or delivery. He had uncertainty in his voice. He did not know what to ask and made up questions on the spot… further eroding his confidence.

Preparation is critical in professional selling. Always write out your questions. Make as many of them open-ended as possible. Also, have your Sales Manager check them prior to your appointment. In fact, I would recommend role-playing the questions with your Sales Manager. That way you can get comfortable with your phrasing and delivery.

Remember, you don’t talk your way through a sale – you listen. The best way to do that is to ask plenty of well-crafted open-ended questions.